When it comes to hypnotherapy most people probably think of those Vegas shows where people end up clucking like chickens, or pretending to be a monkey, but it is nothing like that. Hypnotherapy is more than just hypnosis and it is so much more than a side show act.

Recognised by the British Medical Association, the American Medical Association and the National Institute of Clinical Excellence (NICE), hypnotherapy has proven to be a safe, effective alternative that can alleviate a wide range of problems. In fact, 99% of illness and work related leave in our society today is caused by stress.

Physiologically stress is an instinctive response which is given off by a part of our brain called the Amygdala, or reptilian brain. It stems from our predecessors and has not yet evolved to our modern lifestyle. When we experience stress, the Amygdala releases the stress response – freeze, fight or flight.

In ancient times when we were faced with a lion, we either ran (flight) or fought (fight). In order to do this, the body would go into a stress response and pumped blood to the extremities (which is why the face drains of colour, mouth goes dry, pupils dilate, sphincter closes), sugar and fat were released into the bloodstream, the heart rate increased to move blood quickly round the body, blood pressure increased), breathing rate increased (to bring more oxygen into the body), and hormones such as adrenalin were released. These physical responses helped us to run or fight, and were directed by the subconscious mind. You didn’t have time to think about the action – it just happened, because the subconscious mind wants to protect us.

After the action, the body went into the relaxation response, all the adrenalin was expelled, and all physiological symptoms returned to normal.  For the most part, the fight or flight response is not appropriate for our modern lifestyle. However, even today, when we become stressed, the body’s reactions are still the same – ie. we still go into fight or flight mode –  but it would be completely inappropriate to punch our boss or run away from our families!!

Modern day stress is generally not related to fighting a lion or a foreign tribe.  Although, if you’ve ever had to swerve very quickly from an oncoming car, you would have the same reaction, so it is still a very necessary response that we need fro our survival.  However, for most of the types of stress we face today we generally do not “fight or flight”.  For example, when you face road rage, an angry boss or colleague, deadlines or worrying news about the state of the world.  These are all stressors that cause our bodies to release stress hormones, but because there is no physical action which expels the stress hormones after the event and induces the relaxation response, the body does not automatically go back to it’s normal state. 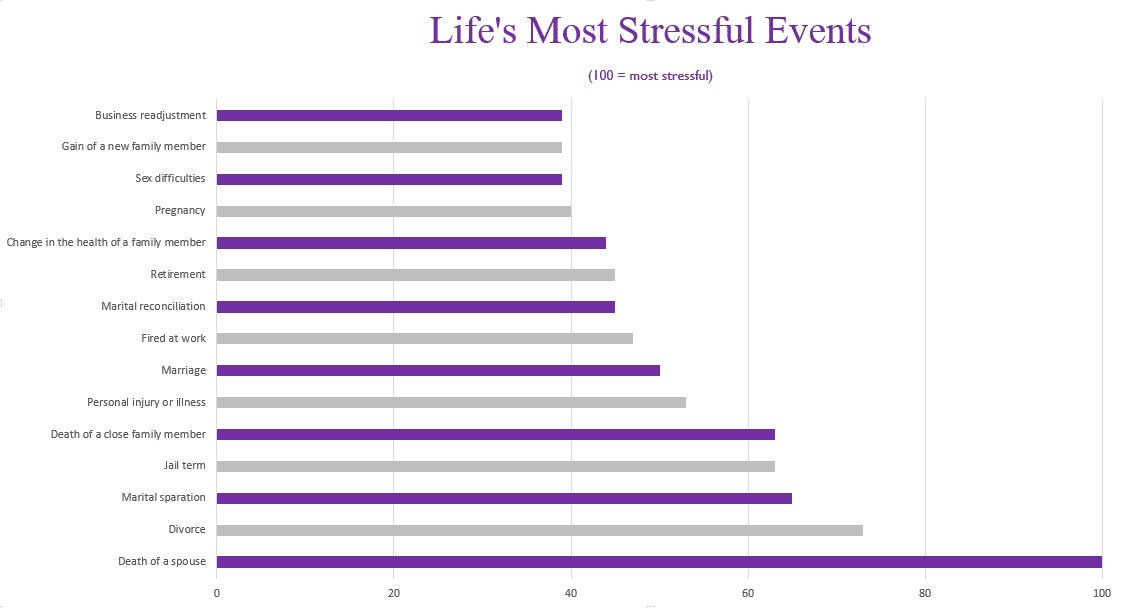 This means that our bodies are in a permanent state of stress which can cause or worsen a wide range of physical conditions, both minor and major. Headaches, migraines, allergies, skin disorders, arthritis, multiple sclerosis, chronic fatigue, heart disease, cancer, digestive disorders, diabetes are only some of the body’s responses to chronic stress.

The primitive stress response also has an effect on our emotions, thinking and behaviours. The stress hormones stimulate fear, anxiety and aggression. The surge of adrenaline that prepares the body for action, accompanied by the increasing heart rate and respiration required for extra energy and muscle power, can be overwhelming.

Stress needs to be taken seriously, and hypnotherapy has a plethora of tools to assist people in managing this unavoidable part of our lives.

To learn more about how to reduce stress and anxiety, improve performance and be a more confident leader, visit www.execmindsolutions.com or schedule your Free Complimentary Discovery Session here.

Mind Solutions empowers executives, senior managers and business owners who feel isolated at the top with nobody to talk to and under pressure to perform, to reduce stress and anxiety,  improve performance and become more confident leaders.  Using cutting edge tools of psychology Corina creates a unique and tailored solution to help her clients transform their lives and their business.